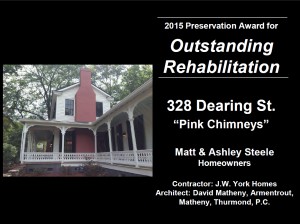 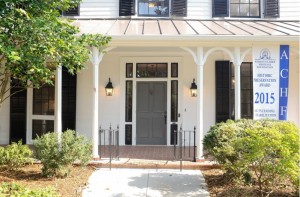 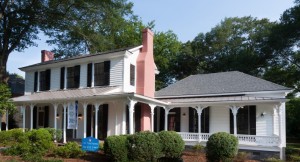 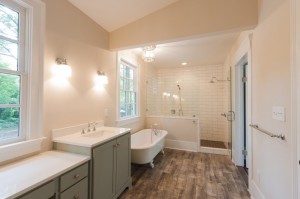 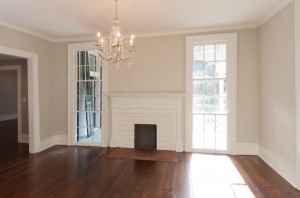 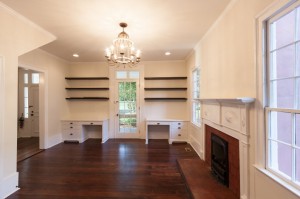 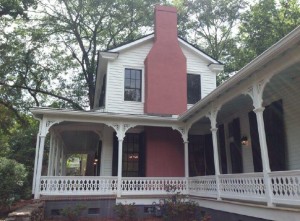 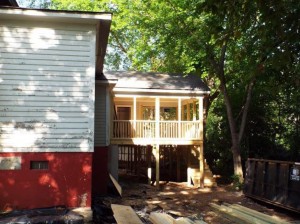 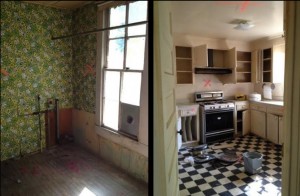 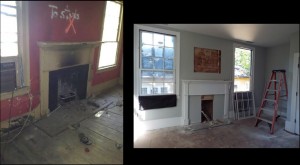 “Pink Chimneys” built in 1810 in Athens, Georgia, survived a move from its original location in the center of downtown, several additions and serious neglect. The original floorplan featured two rooms upstairs and two down, with the staircase in a central hallway. Still present within the home are Adam-style mantels with the sunburst motif that was typical of the Federal period. In 1961, Rev. A. Dawson Teague painted the chimneys pink.

ARM’s architecture team was called in by the contractor, JW York Homes, to make the rehabilitation of this lovely historic house a reality. Almost all of the original heart pine floors, 4 of the original 6 fireplaces/mantels, and two claw foot tubs were refurbished. Heart pine rescued from the old Jittery Joes roaster on East Broad Street served as a beam wrap, island countertop, and shelves in the kitchen and keeping rooms.

This historic rehabilitation won an Athens Heritage 2015 Award for Outstanding Rehabilitation. We were honored to be part of this restoration for the Athens community.

Before and after photos display the incredible transformation of this historic gem.