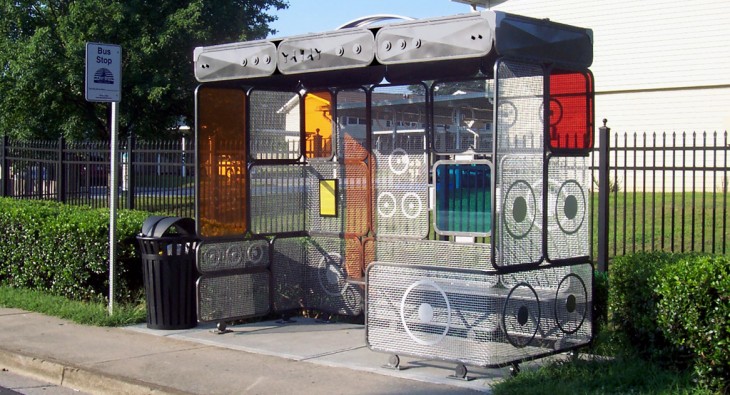 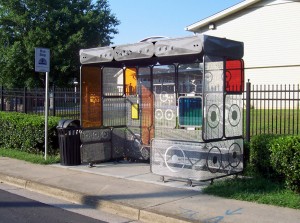 Athens is home to some of the coolest bus shelters around, thanks to the Athens Area Arts Council, Athens-Clarke County Unified Government, and Athens Transit Service. After a country wide contest where designers could send in their ideas for creative bus stops paying tribute transportation or to the Athens music scene, eight winning designs were installed. “You, Me and the Bus” sought to integrate utilitarian public services with artistic ingenuity and inspiration. The arts council now has commissioned and installed eight fanciful bus shelters – the first four with a transportation theme, the latest ones focused on music. While artists from across the country submitted proposals, three of the eight bus stops were physically made in Athens, giving a small boost to local craftsmen. David Matheny, Director of Architecture at Armentrout Matheny Thurmond won the design for AMPED which is a bus stop on Prince Avenue with a music theme across the street from the Social Security Building which he also designed. The bus stop was constructed by Mike Doker of Winterville.